A look back in time at the innovative milestones of Mercedes Van History.

It all started in 1896 when Gottlieb Daimler and Karl Benz both separately designed and manufactured their own commercial vehicle. In the photos above, you can see the first vans; Benz’s ‘Combination Delivery Van’ with removable box body on the left and Daimler’s on the right. 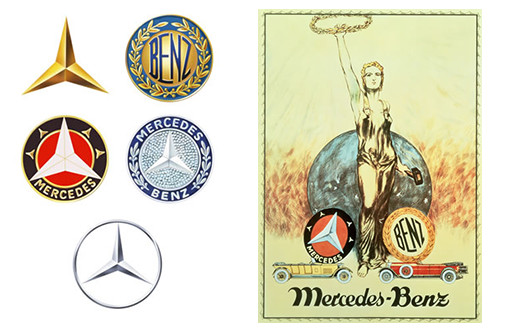 The 28/29th of June 1926, seen the combination of the two companies Daimler-Motoren-Gesellschaft and Benz & Cie. to result in the partnership of Daimler-Benz AG. From then on they would produce under the brand name that is established and recognized worldwide today as Mercedes-Benz.

During the years of the 1927 and 1955 Daimler Benz duo created several types of commercial vehicles like Mercedes-Benz L5, Mercedes-Benz N2 and Mercedes-Benz L1000 Express just to mention a few. Although there are some major significant times between these dates as the Mercedes-Benz L300 was probably the first panel van, it was produced in 1932 and the next milestone was in 1955 when they came up with the Mercedes-Benz L319. This vehicle was not like their other commercial vehicles, this was the result of two reasons. Firstly, the observation that driver’s need a vehicle for a multitude of purposes so producing different options; a panel van, a pick-up, a tipper and a mini-bus. Secondly, they had to keep in mind what their competition, Hanomag and Borgward, were offering.

The variations of the Mercedes-Benz L319:

Mercedes-Benz released the first Sprinter van to Europe in 1995. It won “International Van of the Year” award that year. The Sprinter included advancements such as Anti-Lock Braking System (ABS) as a standard and other options with standard or high roof and three different wheelbases.

Within 2000 and 2006, the Sprinter had some changes including CDI Engines, dash-mounted gearshift and the options for airbags and four wheel drive. More innovative aspects were also introduced such as Adaptive Electronic Stability Program (ESP)  in 2004 and BlueTEC Diesel Technology in 2005. 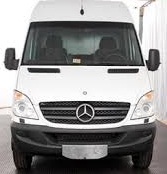 2007 seen a new Sprinter emerge, offering a new lightweight body, twin turbo, combined CAT and DPF and a new 646 engine. It also introduced further optiMark two:ons for the customer to choose from by adding a fourth body length and a super-high roof.

In 2010, Mercedes-Benz not only gave the Sprinter a new appearance but also upgraded the engine to a 651 Engine. They also added significant safety features in 2013/2014 such as Blind Spot Assist, Lane Keeping Assist, Collision Prevention Assist, Highbeam Assist and Crosswind Assist. This Sprinter was the first of its kind to have the Euro 5 Engine resulting in positive affects as it produces fewer emissions and is efficient in reducing fuel consumption.

It is interesting to see how much the commercial vehicles have developed over the years and it is very clear to see where the idea for the Mercedes Sprinter began through the innovative work of Daimler and Benz in the Mercedes Van History.

If you are interested in learning more about this topic or if you are thinking of upgrading your van to a newer Mercedes Sprinter model then contact us here at Mercedes Sprinters Van Sales and we can help you out.

Category: Latest Posts,
Share this
This website uses cookies to improve your experience. We'll assume you're ok with this, but you can opt-out if you wish.

This website uses cookies to improve your experience while you navigate through the website. Out of these, the cookies that are categorized as necessary are stored on your browser as they are essential for the working of basic functionalities of the website. We also use third-party cookies that help us analyze and understand how you use this website. These cookies will be stored in your browser only with your consent. You also have the option to opt-out of these cookies. But opting out of some of these cookies may affect your browsing experience.
Necessary Always Enabled
Necessary cookies are absolutely essential for the website to function properly. This category only includes cookies that ensures basic functionalities and security features of the website. These cookies do not store any personal information.
Non-necessary
Any cookies that may not be particularly necessary for the website to function and is used specifically to collect user personal data via analytics, ads, other embedded contents are termed as non-necessary cookies. It is mandatory to procure user consent prior to running these cookies on your website.
SAVE & ACCEPT